When I see an article about my hometown,  St. Paul, Minnesota in the Sunday New York Times I take notice. The color photo of the St. Paul Capitol and grounds catches my eye, with the golden horses on the roof, overlooking the crowd,  filled with mostly young protesters sitting on the grass, signs about BLM and not staying silent.

I remember climbing stairs to the top of the Capital to see those golden horses as a young child, age 7 or 8, this would be the mid 1970’s. My mother took me and my younger brother to the city, from our home in the suburbs, on a  day trip over summer school break. My dad worked at Taystee Bakery, which is not far from the Capitol grounds, so in perspective my mom was probably also visiting Dad with us kids in tow in the family station wagon. The capitol is a grand building, designed by architect Cass Gilbert, and the horses, “formally a guilded quadriga sculpture group titled ‘The Progress of the State’  stand like a senitel over the front façade of the Minnesota State Capitol.’ Gilbert commissioned Daniel Chester French, “best known for the Lincoln Memorial in Washington, DC, to do the work. He sculpted the chariot and human figures and animal sculptor Edward Clark Potter created the horses.  The Quadriga (Latin for ‘four-horse chariot’) has greeted Capitol visitors since its installation in December 1906.”

I don’t remember any of this, of course, on our guided tour, only someone leading us up steps to climb to the top to see the golden horses. We could get up close and the guide let us touch the gleaming gold leaf.  Even at that age, I was surprised to see graffiti carved into a horses’ flank.  Initials of long-forgotten couples or singles wanting to make a statement stood out to my curious mind.

The four golden horses represent the fours elements: earth, wind, fire and water.  They pull a chariot with two female figures , “Agriculture” and “Industry” holding the bridles to control the forces of nature.  Together they symbolize “Civilization.” The charioteer is a man called “Prosperity.” He holds a staff bearing the name “Minnesota” in his left hand and cradles a horn of plenty filled with Minnesota produce in his right arm…. pineapples emerging from the hub of the chariot wheels are a symbol of hospitality. The forward motion of the group suggests the future progress of the state of Minnesota.

Decades later, the tours continue but without access to the golden horses.  After much restoration to restore them, they are back to surpass their original glory in French’s vision. Minnesota has been a fairly progressive state, and growing up I was proud to call myself a member of the DFL Democrat-Farmer-Labor party (as were my parents) and voted in every election.  I was born in Miller Hospital, a couple of miles away from the State Capitol, where  the F. Scott Fitzgerald children were born in the 1920’s.  The hospital has since been torn down and replaced by the Minnesota History Museum.   My education of diversity and a holiday such as Juneteenth was not taught in school. I remember one black woman in our graduating class of over 300 at Tartan Senior High School, class of 1980.  Tartan was named after the 3M scotch tape, also head-quartered in Maplewood, the suburb where I lived with my parents.  Minnesota Mining and Manufacturing, or “the Mining” as we called it, playing in the field across the street that was owned by 3M, or learning to drive in the parking lots and roads surrounding the 3M headquarters.  Some of my classmates who still live in the area are dying of cancer from a mysterious chemical leakage.

I also remember reading about the Rondo neighborhood, which was a black neighborhood gutted when the Interstate freeway went through in the 1950’s.   Racism and discrimination was all around me, growing up as white, but it wasn’t until much later that I  was aware of and embraced the differences.  I think about the irony of our carefree outings as we picnicked near the Indian mounds at Mounds Park overlooking St. Paul, which is  a burial site for six Dakota tribes.   When we  drove south to Mankato to see our cousins, it was the place of the Dakota War of 1862, or the Sioux Uprising, the largest one-day mass execution in American history.

I embraced the Hmong that moved in to revitalize the University Avenue strip that links St. Paul to Minneapolis. In an area that was getting run-down, the Hmong pooled their resources to open restaurants and shops that are now the pride of the Cities, raising property values. I sold real estate briefly and worked with some Hmong families that pooled their money to buy an apartment building so they could house their families together.   When I moved to Minneapolis, snatching a job at the Loft Literary Center, my St. Paul friends were afraid to cross the river. They watched the news stories of shootings or gangs in one part of the city and assumed they weren’t going anywhere except to a Twins or Vikings game across the bridge.  When the 35W bridge collapsed in Minneapolis, I was working a few blocks away. I had crossed it many times, and it was under construction with lanes blocked off so thankfully there was less traffic on it when it fell.  It took me a few months to feel safe going over or under bridges again.

I dated a black man who was afraid to drive by himself on a road trip, and he only dated white women. I took my bike or the light rail to the Cedar-Riverside area to engineer and co-host our weekly Write On Radio show, in the hub of the Somalian neighborhood, the high rise with a sea of women wearing the hajib and the men smoking and hanging out in the Hard Times Café. It is good to know that Iliam Omar, the 37-year-old mother of three is the first Somali-American, first African-born American, and one of the first two Muslim American women to serve in the US Congress.  Keith Ellison, now  Minnesota’s Attorney General, was the  first Muslim elected to congress, and previously served my district five in Minneapolis.  Minnesota is also home to Hubert Humphrey, Eugene McCarthy, Paul Wellstone (yes I remember exactly where I was when he died in the plane crash), Walter Mondale, Jesse Ventura and Al Franken.

Minnesota has moved away from an agriculture and farming focus into a salad bowl of diversity. The  tangled roots run deep, with Indian lynchings and black shootings, smothered with the white entitlement hidden in the 10,000 plus lakes of beauty and privilege. The Northwoods are a great escape, if you know someone with a cabin, or can snag a campsite in the crowded summers. If you don’t, you are stuck in the hot city, where the humidity can be choking and the mosquitoes fierce.  Air conditioning is a necessity.  The frozen ice of winter is melted in a flash, with a quick transition into summer heat, thunderstorms and tornadoes on the flat prairie.  The family bonds are tight, with summer cabins passed down through generations, families together on major holidays, the same high school friends living within twenty miles of where they were born.  When my parents moved out of state in the early 90’s when Dad retired, the links were broken. It was then I turned to friends, to poets, to start my own traditions. I knew how it felt to be an outsider in the land of my birth.  My holidays were spent with others feeling outcast, as I gathered around a holiday dinner table, or an orphan Thanksgiving, as host or guest.  I left Minneapolis in 2011 to continue my journey in the high desert of New Mexico. I felt I had to leave to align with what I felt was home.

Those four horses, perched on the capitol, are the elements we cannot control.
Wear A Mask.
As the ones holding the reins, we must be fair and just to all.
Black Lives Matter.

What does Prosperity look like for Minnesota?
The Great Minnesota Get-Together, the State Fair is cancelled this year.
The golden horses are watching.  There is still graffiti. They’ve seen a lot looking down on the rotunda courtyard this last century. What will be the progress that awaits my home state? 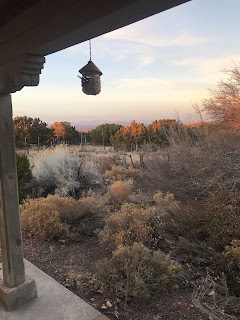 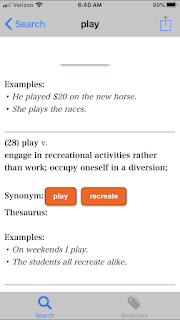